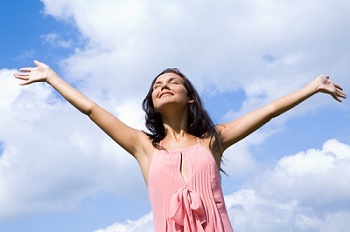 We often hear that previously married people have a difficult time adjusting to life after divorce. However, according to a recent article in the Chicago Tribune, getting a divorce in Chicago when you’re in an unfulfilling marriage can make for a much happier life ahead.

Happier in the Long Run

Usually, when we hear that a friend or acquaintance has decided to file for divorce, we jump to words of apology or regret. Indeed, one recently divorced woman in the Chicago area remembers when she first told people that she was selling her house due to a recent divorce. Many people responded by saying things like, “Oh, I’m sorry,” or asking how the children were handling the change in lifestyle. In other words, it’s rare that people openly say, “congratulations” or “you’ll be happier in the long run.”

Abby Rodman, a psychotherapist who recently published a book on women and divorce, emphasized that although “the gifts of divorce may take some time to reveal themselves,” there are indeed pleasures that come from a divorce. As she explains, “one day you wake up and it hits you that you no longer have to manage an unhappy marriage.” Managing an unhappy marriage often means dealing with your own unhappiness as well as your spouse’s. When you make the decision to dissolve your marriage, you’re opening up more room for your own happiness, Rodman contends.

Indeed, for her recent book, Rodman took surveys from hundreds of women who have gone through a divorce, and for the most part those women are happier now. After the divorce is final and you’ve had time to get back on your feet emotionally and financially, divorcees are more likely to “rediscover passions they’ve shelved, friends they ignored, and talents they allowed to atrophy.” It doesn’t matter whether you’re a divorced woman (the primary subjects of Rodman’s book) or a man—divorce can make for a happier lifestyle regardless of gender.

When a marriage isn’t working out, it’s often best to extract yourself. As Rodman explains, “a bad marriage corrupts your entire existence.” How can marriages end up being so stifling? For instance, many married couples make huge sacrifices that they’re not actually willing to make. Some people put off going back to school because of a spouse’s needs or avoid engaging in activities they once loved. As such, divorce can be “an opportunity for reinvention.”

Once you’ve finalized your divorce, you can start planning ahead to your post-divorce lifestyle. According to one family law attorney, you’re likely to learn that it’s much easier to create “a vision for your new life” than to “stay in a soul-killing marriage.” And you don’t need to develop this plan on your own. When you work with an experienced Chicago divorce lawyer, you’ll have a dedicated advocate on your side who can help you plan for the future.

What should you know when you’re creating a plan for your post-divorce lifestyle? Most importantly, you should be realistic about your budget. Yet a more limited income shouldn’t stop you from focusing on all the good things, such as “the lack of conflict” and the new ability to “pursue dreams and activities that were set aside during the marriage.”

And when you feel lonely, as divorcees do from time to time, you should remember that “you’re not all that alone.” Indeed, not only can you join new groups dedicated to single people, but you can also reconnect with old friends while continuing to make new acquaintances.

If you have questions about divorce, you should contact an experienced Chicago divorce lawyer as soon as possible. At the law offices of Gordon & Perlut, LLC, we have years of experience handling Illinois divorces and can discuss your case with you today.