Four Things to Know About Divorce After a Long-Term Marriage 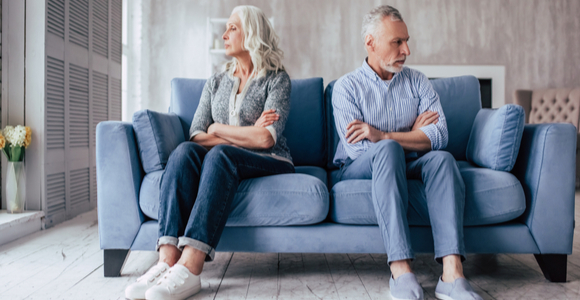 Four Things to Know About Divorce After a Long-Term Marriage

More people are getting divorced as they near retirement age, or recently after they retired. For a majority of these divorcees, the decision to file for divorce comes after many years of a long-term marriage. While divorces have similarities regardless of whether you were married for a very short time or for nearly a lifetime, long-term marriages that end in divorce do have particularities. According to an article in Psychology Today, if you are considering divorce after a lengthy marriage, it is important to understand what some of those particularities can be. The following is a list of four things to know about divorce after a long-term marriage.

While more older adults are getting divorced than ever before – resulting in the use of the phrase “gray divorce,” that fact alone does not mean more long-term marriages are ending. Rather, according to the article, more seniors are getting divorced after second or even third marriages. In other words, being remarried is one of the biggest factors for determining whether a couple is likely to get divorced in older age. The article explains that, “for those over 50, the rate of divorce for those who are in remarriages is 2.5 times higher than those in first marriages.”

These days, there are numerous articles and studies concerning “gray divorce.” The prevalence of those articles might suggest older adults are getting divorced at higher rates than people of other age groups. However, as the Psychology Today articles points out, although the gray divorce rate has doubled over the last three decades, it is “still less common than divorce among those under 50.” Indeed, as of 2010, the rate of divorce for people over the age of 50 is only at about 25 percent, which is still lower than national averages for all age groups.

Just because your kids are adults does not mean they will not have difficulty processing a divorce, especially after a long-term marriage.

When long-term marriages end, it is rare for the married couple to begin having problems much earlier in the relationship and remain married — despite those warning signs. The article explains that, often, “a festering resentment or issue unresolved for decades may be at the heart of a late-in-life divorce.” Many other couples in long-term marriages — especially those who got married when they were young — initially married in order to please family members. The article describes one couple that got divorced after a long-term marriage, yet recognized their marriage was founded largely on the facts that their parents had been friends and they shared the same religious faith. For that couple, there was no “emotional or intellectual” connection during the marriage.

If you need assistance filing for divorce after a long-term marriage, a Chicago divorce attorney can assist you. Contact Gordon & Perlut, LLC to learn more about how we can help with your case.