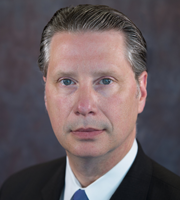 M. Scott Gordon is the founding principal of Gordon & Perlut, LLC, and holds a Bachelor of Science from American College of Switzerland (1984), a Master’s in history from the University of Illinois at Chicago (1989), and a Juris Doctorate from Illinois Institute of Technology, Chicago-Kent College of Law (1995).