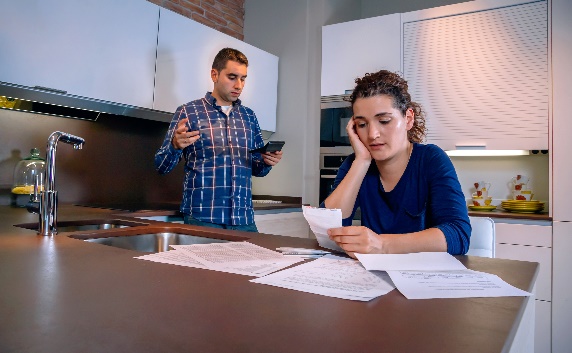 For younger married couples in Chicago—or even for couples who have been married for a number of years—can student loan debt take such a toll on a marriage that it ultimately leads to divorce? According to a recent report from CNBC News, a new study suggests that student loan debt has become one of the leading causes of marital strife, and in some cases actually can lead to a couple’s decision to get divorced. What do you need to know about the connection between student loan debt and divorce?

The total for outstanding student loan debt in our country recently reached $1.5 trillion, and the average student loan debt load in the U.S. is above $34,000 per person. In addition, the rate of borrowers who now owe more than $50,000 has tripled over the last 10 years, and more consumers are struggling with student debt. As a result of student debt, many couples realize that they cannot buy a home and that it does not make sense to have children. In some situations, such realizations cause significant disruptions in married life.

For other married couples who are not planning to have children anytime soon, student loan debt is still having an impact on their relationships. Similar to other types of debt and the associated economic struggles, husbands and wives who are drowning in student loan debt tend to fight with one another more and to experience, simply put, marital discord more often than couples who do not owe money on student loans.

Through a recent study conducted by Student Loan Hero, researchers determined that nearly 13 percent of recent divorcees cite student loans as the primary reason that their marriage ended. According to a study conducted by SunTrust Bank, “finances are the leading cause of stress in a relationship,” and it turns out that much of that financial stress is caused by student loans.

For the Student Loan Hero study, researchers surveyed more than 800 people who are currently divorced. As we noted, a surprisingly high percentage of those surveyed indicated that the burden of student loan debt—typically only one of the spouses carrying that debt load and impacting the other—led to the divorce. For couples who are thinking about getting married despite one party’s substantial student loan debt, it is important to consider the benefits of a prenuptial agreement. Entering into a prenuptial agreement (also known as a premarital agreement under Illinois law) can allow you to clarify the financial rights and responsibilities of both parties during the marriage, as well as in the event of divorce.

Do you have questions about filing for divorce in Chicago? No matter what the reason might be for your decision to get divorced, an experienced Chicago divorce lawyer can help with your case. Contact Gordon & Perlut, LLC today for more information about the services we provide to families in Chicagoland.